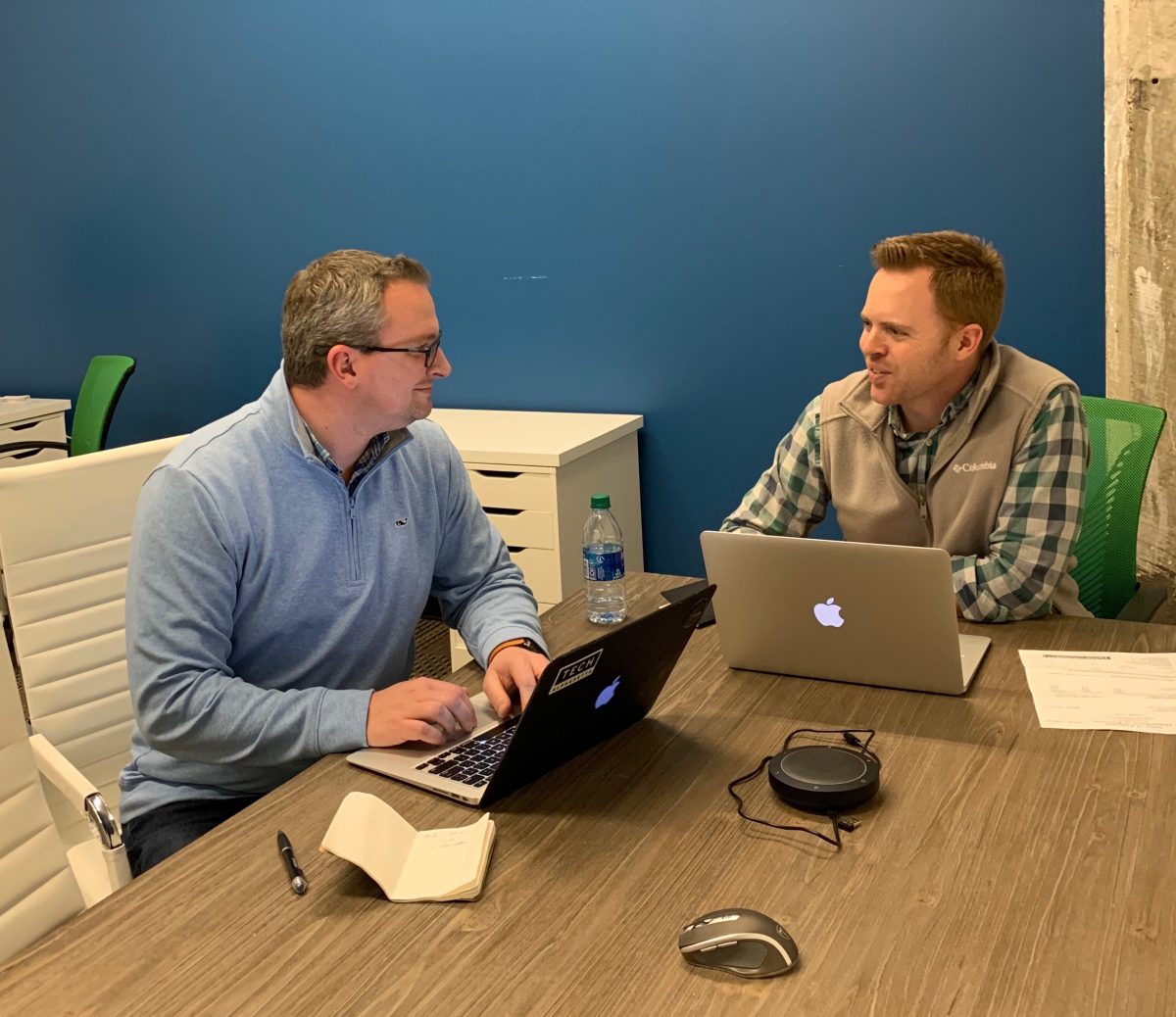 Matt Pierce is on a mission to improve the health of millions of workers’ lives; their financial health, that is. Matt is the Founder and CEO of Immediate, which offers a financial health platform, delivering early access pay for hourly wage workers. Immediate helps to break the bi-monthly pay cycle that leaves employees tight for cash, making them more likely to use high interest payday loan services if they run into a financial emergency.

Immediate is a free service for employers and is offered on a company basis. If available to employees, workers can access up to 50% of their earned wages for a small fee even before receiving a paycheck. With this access, Immediate hopes to free up workers from financial stress, incentivize people to show up for work everyday, and increase workers’ overall financial health by helping them stay away from predatory lending services. They also hope to educate customers to improve their financial literacy, providing them with several educational tools on their platform. (You can watch how it works here)

Prior to Immediate, Matt spent 10+ years building healthcare startups. Like any experienced founder would, he stumbled into a problem where he couldn’t find consistent and quality hourly caretakers for his grandmother and he became determined to create a solution.

Initially, Matt thought the root of workers’ problems was inefficient scheduling, but the head of a 750+ caregiver staffing agency in Atlanta told him that “A scheduling tool would only put a bandaid on the overarching problem. People don’t show up because they don’t get paid well enough. If you can find a way to pay people at the end of the shift, you’ve got something”.  Matt and his team scrapped the scheduling software idea and pivoted to building Immediate’s current model. After coming to understand the difficulties of getting paid on a bimonthly basis for hourly workers, he became passionate about helping hourly workers get paid immediately and increase their satisfaction with their work.

Birmingham Bound connected with Matt and his Head of Product, co-founder Jason Gwizdala, early in 2019 when, as Matt puts it, his team had “only written a few lines of code”. They were trying to decide if they wanted to be headquartered in Atlanta or Birmingham, reflecting that their Birmingham Bound visit was instrumental for choosing Birmingham. Despite being in a very early phase of their company, they were introduced to other founders, stakeholders, and leaders in Birmingham’s tech community during their visit.

Matt and his team also wanted to be headquartered in a city where their service would improve the lives of people in the surrounding community, and they knew they would have that opportunity in Birmingham and throughout the rest of the state. There are few protections in place for payday loan customers in Alabama: there are 1,070 payday lenders who can charge up to 456% APR on a loan (above the national average of 391%). The payday loaning system only perpetuates cycles of debt for many in our community, and Immediate could have a direct impact on making that change. They realized the opportunity they had to create lasting impact in Birmingham was second to none.

Since they have been in Birmingham, Immediate has set up an office in the Innovation Depot, hired five additional employees, and launched their service with multiple companies throughout the southeast. They also won Alabama Launchpad’s Early Seed Stage $100,000 non-dilutive investment during imerge2019 in September. Matt says, when compared to Atlanta, companies located here are open to meeting with you at a much earlier stage thanks to the smaller, more tight-knit community of Birmingham. Matt appreciates that the Birmingham community is working to embrace both small and more well-established startups for the impact they can have in the city.

Next Steps for Immediate

Immediate plans to grow their team in Birmingham and build a robust customer success team. Over the next 3-5 years, Matt expects they will have hundreds of thousands of users on their platform and continue to expand their educational services for customers, a component of their service he believes will set them apart from competitors in the field. Immediate wants to be seen as a benefit for both employers and employees, creating value for companies by decreasing their expenses in hiring and on-boarding processes and helping employees stay happy in their positions.

The passion that drove Matt to create Immediate in the first place, coupled with the support of Birmingham’s tech ecosystem, is sure to help Immediate accomplish their mission of positively impacting the financial health of millions of Americans.

Birmingham Bound to become a nonprofit