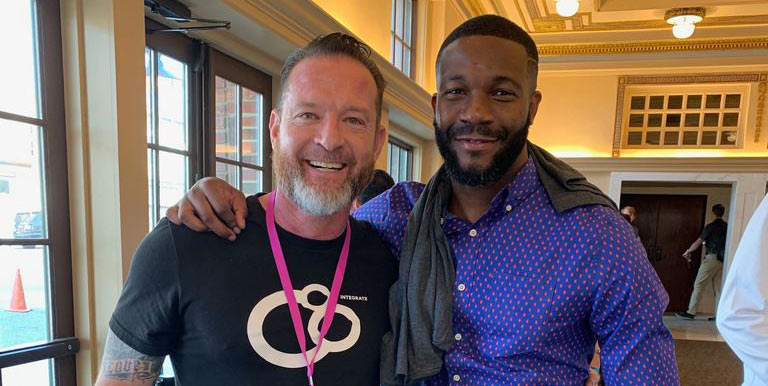 It did not take long for SaaS marketing company, Integrate, to believe in the magic of Birmingham’s thriving technology scene. The Phoenix based company has over 250 employees internationally and has processed more than 8 million lead records since their founding in 2010. Integrate came to Birmingham for their first visit back in April; by May they committed to opening an office here, and by August they were up and running with four full-time software engineers in a space at the Innovation Depot.

Integrate’s team was invited by investor Chris Moody of the Foundry Group to experience Birmingham’s emerging technology scene firsthand through the Birmingham Bound initiative. While here, Integrate spoke with key community leaders including Mayor Randall Woodfin and Bill Smith, Founder of Shipt. They also toured spaces that support entrepreneurs to see the highly affordable and flexible office space in Birmingham and UAB to learn more about their well-educated and diverse graduating workforce .

Scott Brown, Integrate’s Chief Technology Officer, was immediately impressed by our city’s power to help companies grow and scale in a supportive ecosystem. Brown was a keynote speaker at Sloss Tech in August where he opened up about his experience visiting Birmingham for the first time. Of course, our food scene was a highlight to Brown who noted that “Chicken and waffles with bacon baked into the batter does not happen in Colorado”, Brown’s hometown. But chicken and waffles is not the only thing that sold him on Birmingham.

Brown was amazed by the support from community leaders that is unmatched in other cities, the ease of hiring employees from a talented workforce, and the low cost of living. He has extensive hiring experience all over the world including India, Europe, and thriving cities in the United States like NYC, San Francisco, Boston, Denver and Phoenix, but he had a much easier time hiring quality talent here in Birmingham. Brown commented, “The city of Birmingham has a very educated workforce that’s smart and has grit. The people in this city have proven in the past decades that they have the passion and perseverance to put their shoulder in something for the long haul.”

In November, Integrate’s CEO Jeremy Bloom wrote on LinkedIn, “Is Birmingham, Alabama the next great software engineering hub? After evaluating numerous cities across the country, we are excited to open our fourth engineering office in Birmingham. Our top reasons: 1. Strong local support & incentives. 2. Good computer science programs. 3. Cost to scale ~30% less than main tech hubs. 4. Time to hire ~50% faster. 5. Great BBQ food. The democratization of talent across the country is a real asset for all companies. Shoutout to venture firms that are leading the charge of investing in “fly over states”, making it more feasible to expand into new cities.”

We are excited that people are taking note of our chicken & waffles and BBQ, our workforce, and our grit. Birmingham Bound will continue bringing companies like Integrate here because we know it’s the best place to do business and to live.

Learning from Tech Communities Around Us

For the majority of this year, we have been hustling to get tech companies to Birmingham. In November, we were able to put our ear to the ground and listen to what the Birmingham tech ecosystem needs.

80 days. That’s all the time it took for LeaseQuery to open the doors of their new office in Birmingham, from the time they began looking for a second office location in July to the first class of Birmingham new hires.