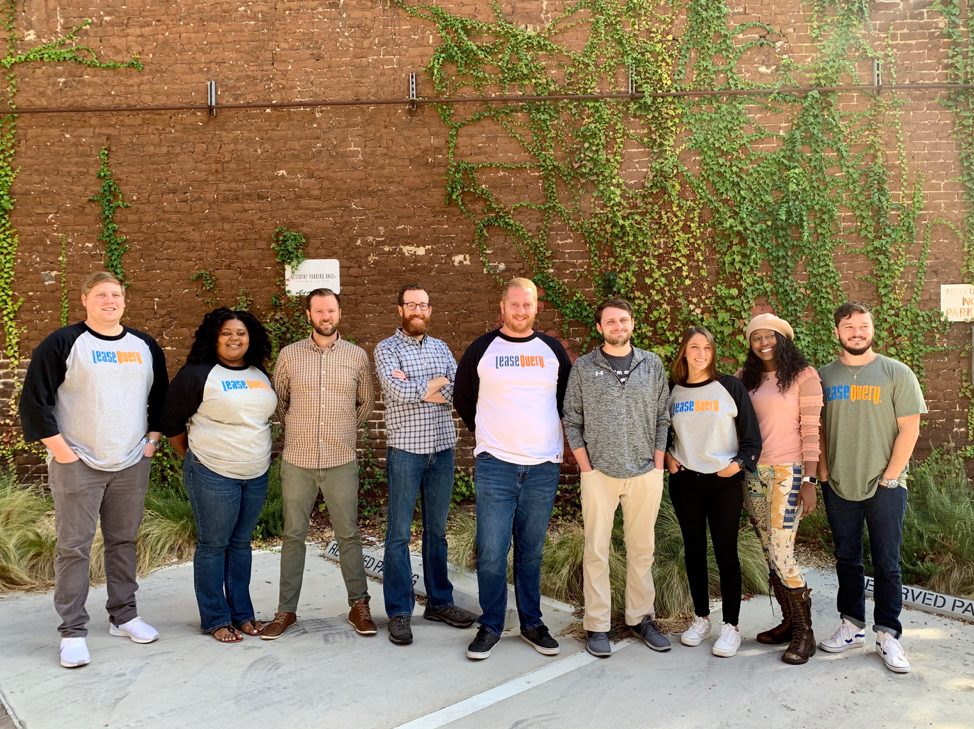 80 days. That’s all the time it took for LeaseQuery to open the doors of their new office in Birmingham, from the time they began looking for a second office location in July to the first class of Birmingham new hires starting in early October.

LeaseQuery is a lease accounting software company based in Atlanta and they have been growing rapidly over the past few years. With their growth came the need to hire Sales Development Representatives (SDRs), a critical entry-level position, as quickly as possible, but they were struggling to find the talent in Atlanta’s saturated tech ecosystem. The LeaseQuery team began looking for a second office location to find the talent they needed.

We first connected with LeaseQuery’s Director of Sales Development, JJ Imbeaux, through The Overton Project, a social impact entity focused on citywide initiatives in Birmingham. In our initial conversations, JJ stressed the urgency to find new employees by saying he “needed thirty new hires, yesterday”, and that LeaseQuery would need to be in a location where great talent is consistently easy to find.

By the time Birmingham Bound was talking to JJ, LeaseQuery had narrowed their search down to Phoenix, Charlotte, and Birmingham. We were excited to take on the challenge and help the growing company accomplish their recruiting goals in Birmingham. We put all our social capital toward them, posting on LinkedIn, connecting with local colleges and universities, and pushing the application to any local website connected to Birmingham’s tech community.

We could not be more excited that our combined efforts were able to get them get 8 full time hires in an off-peak hiring season. They have been so pleased with the local talent here that they plan to continue growing their sales team and add development and customer experience teams to their Birmingham office as well.

In a conversation with JJ, he elaborated on what his experience was like working with our team:

BB: What impressed you most about Birmingham?

JJ: We were constantly impressed by the passion of the tech community and the greater community at large in Birmingham. Passion is one of our core values, and we noticed that was exhibited in every interaction. The passion for the city’s potential, passion for entrepreneurial companies, and the passion for cutting edge initiatives that most cities are not engaged in are immensely impressive. The Overton Project’s drive towards helping tech businesses as well as early stage education told us that this city is executing activities that will pay dividends in the short, medium, and long term.

BB: What excites you most about having an office in Birmingham?

JJ: The opportunity for growth. We believe Birmingham has a lot of phenomenal things ahead of it and we are excited to be a part of the early days. We believe in the vision of Mayor Randall Woodfin and Josh Carpenter for the city, and are thrilled to be a part of it early to watch it grow. We believe Birmingham has the necessary ingredients to be one of the next great tech hubs in the U.S. and are excited to be meaningful contributors to the ecosystem.

BB: How did Birmingham Bound influence your decision to choose Birmingham for opening your second office?

JJ: Birmingham Bound was exceptional in terms of organization. Every interaction had a clear plan, and that plan was executed well. If there was ever a change needed or a speed bump, they were able to change in an instant. They took the time to understand our key business challenges as we sought out expansion, then ensured that we were exposed to solutions to those challenges at every discussion. If we had a question, they were expedient in a useful response. As we became more serious as selecting Birmingham as an option, Britney, Joanne, and Clare became an extension of our organization. They were proactive and really helped drive home the idea of access and thoughtfulness of the city as a whole.

Integrate’s Chief Technology Officer, was impressed by our city’s power to help companies grow, commenting that “Birmingham has a very educated workforce that’s smart and has grit.”

Learning from Tech Communities Around Us

For the majority of this year, we have been hustling to get tech companies to Birmingham. In November, we were able to put our ear to the ground and listen to what the Birmingham tech ecosystem needs.