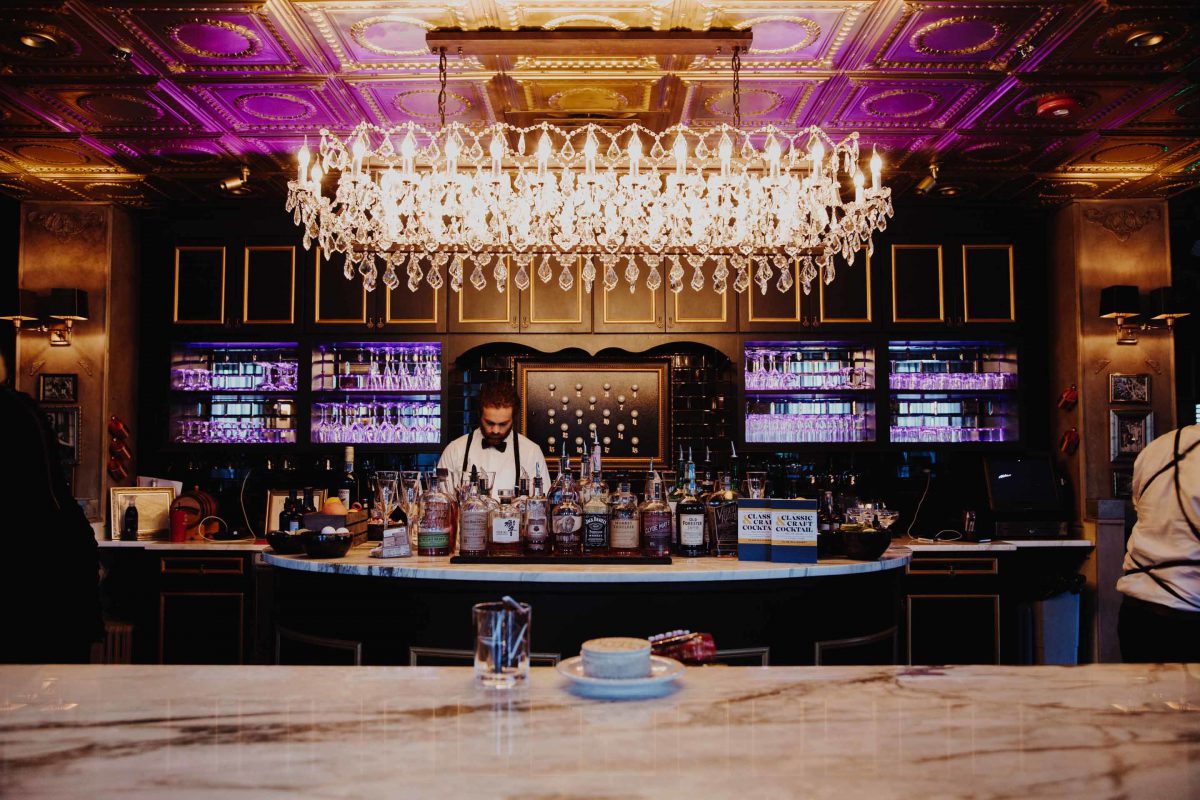 Ever found yourself feeling overwhelmed in the grocery store wine aisle or giant wine list? For casual and new wine drinkers, the confusion of choosing a wine is all too familiar. Beyond the price range and general category of wines, it’s difficult to quickly choose a quality wine that will also pair well with the rest of your plate.

WineView, an early-stage company building an innovative augmented reality app, is the modern-day solution. Users will be able to quickly choose the perfect wine by answering questions to see suggested wines highlight on shelves or on their table; no Google searching required.

Co-Founders Gary Campbell and Angela Grace Caine recently made the decision to make Birmingham WineView’s headquarters. Campbell lives in Foley, Alabama but knew he wanted to build their company in a larger metropolitan area and originally had the company’s sights set on Atlanta.

Their plans changed after an introduction to Birmingham Bound and a visit to the Magic City presented an unexpected opportunity: if they built their company in Birmingham, they’d have the chance to shape the culture of an emerging tech scene in the early years. In addition, they received great support from other founders in Birmingham’s entrepreneurial community during their first visit and wanted to be a part of our uniquely collaborative community.

Campbell commented, “I wasn’t sure what to expect coming to Birmingham, and to be completely honest, I didn’t know what I would find in terms of the tech ecosystem. However, from the first trip with Birmingham Bound, I knew there was an opportunity to grow a really cool company in this community. I see Birmingham’s tech scene like Atlanta’s was 5 years ago and I think there is so much growth potential here. I love the collaborative vibe and I believe that will be a catalyst for future growth.”

Caine is familiar with Birmingham as she used to practice law in the area prior to moving to Pensacola in 2012. She was blown away to find an entirely new Birmingham with a thriving innovation business district and feel the vibrant energy downtown area, which solidified that good things were already happening here. In addition, it was encouraging to see they’d have many different people to partner with, in the ever-expanding award-winning restaurant and bar scene.

WineView is already getting some of the benefits of being headquartered in Birmingham as they are receiving local investments and connecting with potential partners. They are opening an office and will be hiring team members in the next few months.

Be on the lookout for their app launching so you can make better wine choices when at the grocery store or in a restaurant!

Birmingham Bound to become a nonprofit